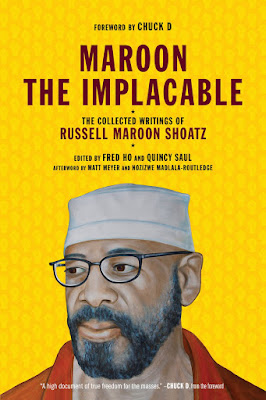 (Reprinted below is the full text of a letter written on November 23, 2020)

We are writing to urge you to release Russell Maroon Shoats, #AF3855, currently incarcerated at SCI Dallas. As medical professionals familiar with the details of Mr. Shoats’s situation and health, we know that Mr. Shoats is in imminent danger of death if he remains incarcerated.

After treatment for prostate cancer several years ago, Mr. Shoats was diagnosed with Stage 4 rectal cancer in the spring of 2019 at age 75.  The cancer was discovered when he had emergency surgery for a bowel obstruction.  He received initial treatment at a hospital near Dallas SCI, where his family and friends were close enough to visit.  Then he was transferred to Fayette in western, PA, where there is an on-site chemotherapy/oncology unit.  Far away from family and friends, amid the COVID pandemic, he endured over 12 cycles of chemotherapy that completed in late July 2020.  He suffered side effects of painful hand neuropathy, fatigue, low blood counts, and weight loss.

In late October he consulted with a surgeon who said that it was time to remove the rectal primary tumor, since the chemotherapy had successfully eradicated the distant areas of metastases.  The surgeon said surgery was planned within two weeks and it was critical it not be delayed.  At this time Mr. Shoats heard that there were 18 cases of COVID at Fayette. On November 13th, right before the surgery, after receiving the colon prep, he was tested COVID positive.   Since then, suffering severe gastrointestinal distress, he was put into medical isolation—24-hour solitary confinement—in the infirmary.

At age 77, debilitated from cancer and chemotherapy, in grave danger from COVID-19 infection, Mr. Shoats now faces life-threatening delays for the cancer surgery. We understand that there is currently a significant spike in COVID-19 cases throughout the Pennsylvania system, with resulting pressures on the prison health facilities. Mr. Shoats must be released immediately.

Donate To The Jamal Journal

CLICK HERE TO DONATE
We are almost out of the 10,000 copies of issue#1 that we printed in February, so we have now begun fundraising to reprint 20,000 more copies of issue#1. If we raise enough money, we will also print a 24 page issue #2, with updates on the new health crisis. Our goal is to raise $5,000 or more by April 15 for both printing and postage costs.

Listen To The Weekly Podcast: On a Move with Mike Africa Jr. 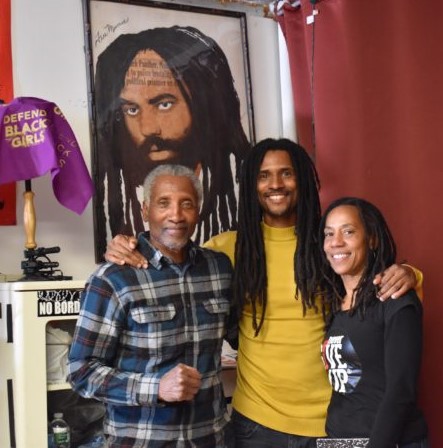 (Mike Africa Jr. reunited with his parents, former MOVE 9 political prisoners Mike Sr. and Debbie. Click on the photo for the podcast.)

On a Move with Mike Africa Jr.

Click on this image for the latest news and action alerts

List of Ancestors Compiled By The National Jericho Movement